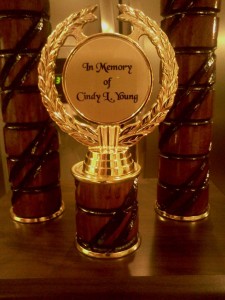 Each year since 2008 a “Midwest Speed Driver of the Year” Award has been presented in memory of Cindy L. Young. Cindy was the Mother of Midwest Speed Expo organizer Terry Young. She passed away in 2007 after a battle with lung cancer. Since the first award was handed out we have handed out $5,000.00 in cash to these recipients!

This is with the cooperation of good friend Dave Poske at Poske Performance Parts, Ron Wick and Pam Sheppard at Wick Racing Fuel and Radical Race Gear. With their sponsorship this award is possible! 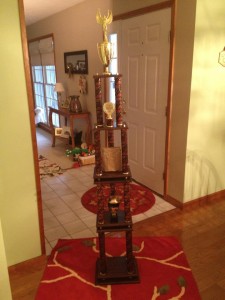