MIDWEST SPEED, Inc., promoters of the Midwest Speed Expo held annually in Springfield, Illinois are pleased to announce the SPRINGFIELD SPEEDWAY REUNION III to be held August 13, 2017 at the Lincoln Speedway in Lincoln, IL. on the LOGAN COUNTY Fairgrounds. 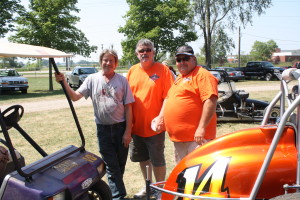 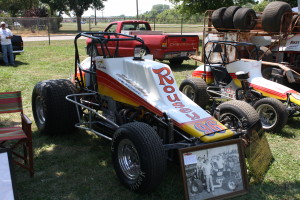 From the young age of 10 years old until the day the place closed, Shaheen’s was always a major part of my life and led me to the career I have today stated Terry Young of MIDWEST SPEED. Young is also the General Manager of HOOSIER Tire Midwest, which provided tires for a number of years to the now legendary Midwest speedplant which was the Springfield Speedway. 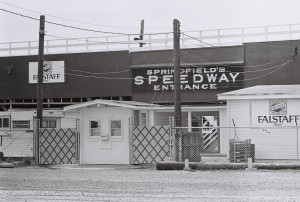 In observance of the 30th anniversary of the closing of the track, Young at the urging of a number of his friends decided to put together the event for the third time which will feature many of the drivers that raced the speedway, along with some of the actual restored cars that turned laps at the track. Additionally, Young is encouraging all former competitors as well as their families to feel free to attend the event and bring along any old racing memorabilia you would like to display for others to see. You will keep possession of anything you bring to the event and when you leave you take it with you. Young also organized similar reunion events in 2012 and 2015.

The first two reunions received overwhelming support with many of the former competitors getting back together and reminiscing about the “good old days”. There will also be racing suits on display, vintage cars that competed at the track will be on display. There will be a ton of pictures, video slideshows and other memorabilia to browse as well. The memorabilia portion of the activities will begin at Noon. Terry Young owns the negative archives of Marvin Scattergood who was the longtime track photographer.

There will also be awards given to several selected recipients for Lifetime Contribution and Achievment at the Springfield Speedway. The first reunion in 2012 honored The Standridge family, Indy 500 Veterans Chuck Weyant and Donnie Beechler, Jim Moughan, Sr. and Herschel O’dell. At the second reunion in 2015 Dean Shirley, Jim Leka, “Jungle Jim” Davison and Dick Taylor were honored with special recognition awards.

After the reunion a full card of racing will be on tap promoted by Track Enterprises, including Non-Wing Sprints, Vintage Sprints, Division II Midgets, Modifieds, Street Stocks and Hornets.