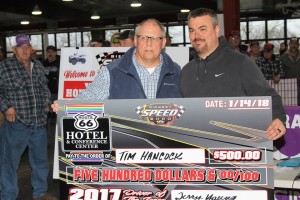 We actually had co-honorees this year!

Brandon Sheppard from Berlin, Illinois a second time winner of this honor had 43 Craftsman World of Outlaw starts in the 2017 season, winning the Championship with 18 wins, 37 Top 5 and 41 Top 10 finishes.

Tim Hancock had 19 A-Main wins in 2017 and won the National UMP Pro-Modified Championship for the second consecutive year!

Congratulations to both of these young men on this honor for an outstanding season!

Brandon was not able to attend as he was racing in Arizona and in fact won the A-Main there Sunday night!

Thanks to Route 66 Hotel & Conference center for sponsoring one of the awards. 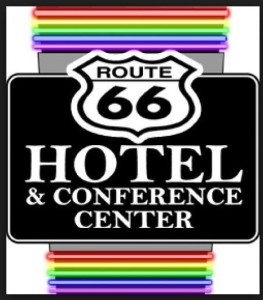